Interestingly, scholars from Lingnan University (LU) in Hong Kong have found that not only do attractive faces get better results, unattractive faces also achieve better results than plain-looking faces in online selling, particularly in expertise-relevant products and for female consumers evaluating male sellers.

HONG KONG, Sept. 22, 2020 /PRNewswire/ -- The COVID-19 pandemic has boosted e-commerce around the globe, including the consumer to consumer (C2C) markets on platforms such as social media. Interestingly, scholars from Lingnan University (LU) in Hong Kong have found that not only do attractive faces get better results, unattractive faces also achieve better results than plain-looking faces in online selling, particularly in expertise-relevant products and for female consumers evaluating male sellers. These novel findings, published in the prestigious international academic publication Journal of Marketing, give social sellers and e-marketers insight about how to leverage seller appearances in online selling. 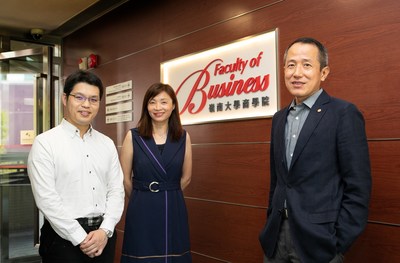 Prof Peng said that holding everything else constant, facial attractiveness proves to be a key factor contributing to the success of product selling via social media. First impression given from profile pictures of sellers in C2C e-commerce platforms helps build trust between strangers during online transactions. A picture showing how attractive the seller is can make a real difference.

She said the research team extracted geometric features of facial images and adopt a machine learning approach to score large samples of online seller portraits, then rated over 10,000 hosts from more than 17,000 listings on the online homestay platform Airbnb using their profile pictures, then compared their annual occupancy rates. They found that hosts with attractive faces had a 6 per cent higher annual occupancy rate than those with plain-looking faces (62 per cent vs 56 per cent). Hosts with perfect faces had an occupancy rate as much as 22 per cent over those with plain-looking faces (78 per cent vs 56 per cent). The result demonstrated a "beauty premium" effect.

The study also discovered that attractive sellers are considered more sociable and competent than their plain-looking counterparts, especially when selling items relevant to appearance such as cosmetics and skin care products, whereas unattractive sellers are thought of as more competent, especially when pitching technical products that require expertise, such as electronic products.

However, these beauty and ugliness premiums were gender-related. Attractive female sellers do not have an advantage over their less attractive counterparts in appealing to male buyers, but female buyers tend to consider unattractive men as more competent than the average-looking men, perhaps perpetuating the stereotype of the tech-savvy nerd.

Prof Cui said, "Our analyses of tens of thousands of seller profile pictures from two websites provide converging evidence of a U-shaped relationship between facial attractiveness and sales. Our findings indicate that plain-looking faces are caught in the middle without any real advantage, as they are considered less sociable than attractive people and less competent than unattractive people. Our results indicate that one's attractiveness level has a non-negligible effect on sales performance in C2C e-commerce platforms."

The findings provided meaningful implications for both online sellers and platform operators who want to leverage seller profile pictures to enhance business performance. "On e-commerce platforms, both attractive and unattractive sellers can improve their performance by enhancing their perceived sociability or competence, especially when they are matched with products associated with the particular strengths derived from appearances. Taking a photo from a particular angle may enhance attractiveness and avoid the plainness penalty. For those sellers without perfect facial symmetry and proportions, they should not shy away from displaying their true appearance. Emphasising expertise in technical products can enhance their credibility and performance," he said.

"For e-commerce platform operators, they may provide guidance and suggestions, and encourage sellers to provide attractive portraits of themselves," Prof Cui suggested.