IRONDALE, Ala., July 22, 2021 /PRNewswire/ -- Michael P. Warsaw, Chairman of the Board and Chief Executive Officer of EWTN, has announced the appointment of Shannon Mullen as Editor-in-Chief of Catholic News Agency.

IRONDALE, Ala., July 22, 2021 /PRNewswire/ -- Michael P. Warsaw, Chairman of the Board and Chief Executive Officer of EWTN, has announced the appointment of Shannon Mullen as Editor-in-Chief of Catholic News Agency. 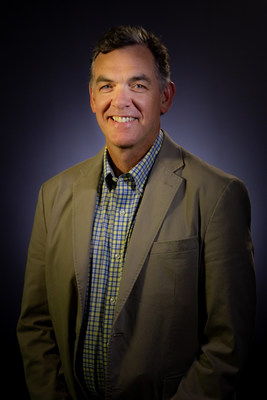 Mullen's 33-year journalism career includes 10 years as an Investigative Reporter, Enterprise Editor, and Premium Content Coach with Gannett Co., where he was a member of a reporting team that was named a finalist for a Pulitzer Prize.

"We are very pleased to welcome Shannon to the EWTN News family," said EWTN Chairman and Chief Executive Officer Michael P. Warsaw. "He brings considerable depth and experience as a reporter and editor over a long career. He has a long history of mentoring and coaching young journalists in their craft. These are skills that will serve him well as he takes up the post of Editor-in-Chief of CNA."

With news bureaus across the United States, Europe, South America, and Africa, CNA is one of the largest and fastest growing independent Catholic media outlets in the world. EWTN acquired CNA, and its Spanish language sister agency ACI Prensa, in 2014.

As Editor-in-Chief, Mullen will manage CNA's reporting for its news syndication service, and its extensive social media news audience. Mullen will also seek to foster greater collaboration between CNA's news coverage, and the reporting of the National Catholic Register, EWTN News Nightly, In Depth, and other major news outlets within EWTN.

Alejandro Bermúdez, Executive Director of CNA and ACI Prensa, said: "Shannon is a well formed devout Catholic, father of four children and interested in several Church apostolates. With his many years of successful journalism, he brings that rare combination of affability, leadership and experience that will take CNA to a new level."

Mullen said: "I'm honored by the faith that Michael, Alejandro and EWTN have placed in me to lead such a talented team of dedicated journalists. The focused, faithful coverage CNA provides every day is vital to Catholics around the world, especially now when the Church is facing such extraordinary challenges, most especially rising threats to religious freedom in so many places today."

As Enterprise Editor and Premium Content Coach at the Gannett-owned Asbury Park Press, Mullen collaborated with reporters, photographers, videographers, and designers to develop compelling multimedia stories and premium content for subscribers only. He also coached reporters on writing, long-form features and investigative projects for the newspaper's subscribers. As an investigative reporter, Mullen penned more than 1,000 articles and hundreds of front-page stories, ranging from breaking news and human interest features to multi-part investigative series on a wide range of public policy issues.

"As a young newspaper reporter, I drew great inspiration from Pope John Paul II's annual remarks on World Communications Day," he said. "He emphasized that even those in the secular media could serve as apostles in the cause of human dignity, justice and the pursuit of truth. Looking back over my career, I recognize this theme running through my work which includes investigations into deplorable living conditions in federally subsidized rental housing, the exploitation of the elderly by legal guardians, and a heartbreaking teenage suicide cluster that terrorized a small community at the Jersey Shore."

Mullen holds a Master of Arts in Public Policy from Liberty University and a B.A. from Duke University, where he was Editor-in-Chief of the student newspaper.

Mullen is based in EWTN's Washington, D.C. office.

In its 40th year, EWTN is the largest religious media network in the world. EWTN's 11 TV channels are broadcast in multiple languages 24 hours a day, seven days a week to over 380 million television households in more than 150 countries and territories. EWTN platforms also include radio services transmitted through SIRIUS/XM, iHeart Radio, and over 500 domestic and international AM & FM radio affiliates; a worldwide shortwave radio service; one of the largest Catholic websites in the U.S.; electronic and print news services, including Catholic News Agency, "The National Catholic Register" newspaper, and several global news wire services; as well as EWTN Publishing, its book publishing division.